Where Have All the Cowboys Gone?

Where Have All the Cowboys Gone? is the fourth episode in the first season of the re-imagined series Roswell, New Mexico on The CW which aired on February 5, 2019.

ARMOR — Fearing that his identity will be uncovered, Max is conflicted when a town-wide power outage leaves patients at the hospital in need of help. Meanwhile, Liz turns to Kyle after learning details about the night Rosa died. Elsewhere, Isobel and Michael come up with a plan to deal with Liz, and Master Sergeant Manes seeks help from an unlikely source.

Opening: On May 17, 2008, Rosa helps Liz get ready for prom. Liz is concerned because someone has hurt Rosa.

Act 1: At Max's place, Isobel and Michael come to check on him since they rightly assumed the blackout is because of him. He tells them that Liz knows Rosa was killed by an alien, and Isobel suggests that she uses her powers to make Liz leave town. At the sheriff's deptartment, Manes visits Sheriff Valenti hoping they can work together on the blackout, but she kicks him out. He passes Jenna Cameron and he shows her the file on the busted transformers. At Max's place, Isobel explains how her power can influence Liz to leave when Jenna drives up to pick up Max, and before her leaves with Jenna he tells Isobel to go ahead with the plan to send Liz away. Isobel and Michael go to the Wild Pony so she can practice her powers. At the hospital, Kyle helps treat a child who needs life-saving surgery, but they can't operate while the hospital is on generator power. At the Crashdown Cafe, Liz has called Frederico to ask him about Rosa, but Arturo Ortecho chases him out with a knife. Liz confronts her father about it, and he collapses.

Act 2: At the hospital, Kyle treats Arturo and he suggests that Liz apply for a research position at the hospital. At Sanders' Auto, Max and Jenna investigate a break-in, and they talk about how Max left in the middle of their date. He promises to make it up to her. At the Wild Pony, Isobel practices her powers on Hank. After a confrontation, Isobel decides to try her powers on Maria DeLuca and see if she can find out why Maria dislikes her.

Act 3: At the Wild Pony, Isobel asks Maria for a palm reading and gets into Maria's mind. She sees Maria's memories of the night Rosa died, but Isobel collapses from overexertion. At the Crashdown, Frederico comes back and gives Liz a backpack he swiped from Rosa's hiding spot in the turquoise mines a week before she died. The backpack includes a handwritten note. At the hospital, Max brings in water and talks to Kyle about the child in ICU named Victor Franco. Kyle discreetly challenges Max to help the boy. Kyle checks on Arturo and tells him he's pre-diabetic. The generator power goes down and Victor begins to crash. When Kyle sees Max again, he challenges, "You just gonna stand there, Evans?"

Act 4: Max runs into Jenna and he vents about doing the bare minimum before walking off. He finds the hospital transformer and brings the power back on, knocking himself out. Victor goes into surgery. Jenna finds Max unconscious, but he's all right. Jenna sees the lightning fractal on the transformer as they leave. In her room, Liz searches for a match to the handwriting on the note that was in Rosa's backpack. Kyle arrives from bringing her dad home, and Liz tells him the handwriting matches his father's, and she thinks they were having an affair.

Act 5: Kyle tells Liz that his father knew about aliens. They kiss and hook up. At Isobel's, Michael takes care of Isobel as she recovers, and Isobel is confused about why Rosa hated her. At Liz's, Liz and Kyle dress after sex, and Kyle asks again about her applying for the research position. He decides to look further into his father and see what he can find, and he leaves.

Act 6: As Kyle leaves the Crashdown, he runs into Max and thanks him for helping at the hospital. Liz is cooking in the Crashdown when Max comes in, and he asks if she told Kyle about him, and she confirms she did. Max asks her about her feelings for him, and she admits she mostly feels "terrified in all kinds of ways." Max leaves. Liz makes sugarless churro pancakes for her father, and she talks to him about her "boy problems" for his advice. At a nice restaurant, Jenna meets up with Manes, who asks for access to the sheriff's department in return for him helping her "friend Charlie." At Isobel's, Max joins Michael and Isobel and tells them that Kyle knows about him, and their secret could now spread. Michael says he'll confess to Liz about killing Rosa. The power comes back on in the town.

Maria:"Didn't I ban you for life?"
Michael:"Yeah you did. About twice a week."
—
Maria:"You owe me eighty-four dollars. You think I don't know your game? You come in here, when you've drunk enough to kill that dramatic cowboy angst you start a fight so you get kicked out before you pay. You can't swindle a mercenary, Guerin, I keep a tab."
—
Michael:"I'm jealous, DeLuca. I thought I was your least favorite customer."
Maria:"Eh, stiff competition."
—

Isobel and Max
Add a photo to this gallery 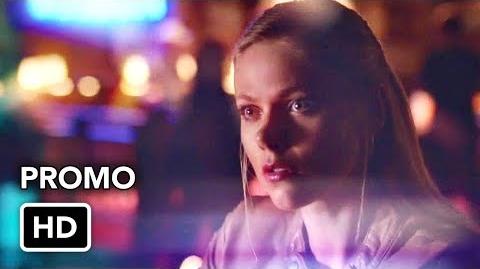 Roswell, New Mexico 1x04 Promo "Where Have All The Cowboys Gone?" 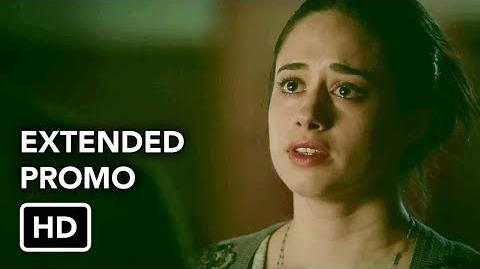 Roswell, New Mexico 1x04 Extended Promo "Where Have All The Cowboys Gone?"
Add a photo to this gallery

Retrieved from "https://roswell.fandom.com/wiki/Where_Have_All_the_Cowboys_Gone%3F?oldid=17090"
Community content is available under CC-BY-SA unless otherwise noted.