Tearin' Up My Heart

Tearin' Up My Heart

"The scientific method requires the scientist to eliminate all personal bias and outside influence. So it doesn't matter that Max Evans saved my life. Or that, ten years ago, he was the only person who made me smile after my mom left. Or how I feel when he looks at me now. What matters is the science."
―Liz, opening narration

Tearin' Up My Heart is the third episode of the CW science fiction series Roswell, New Mexico. It first aired on January 29, 2019.

ROSA’S PLAYLIST – After uncovering some unsettling information about Max, Liz runs a series of tests to see what his powers may be capable of. Michael and Isobel take matters into their own hands after learning that Liz may be getting too close to Max. Liz enlists Maria's help as she goes on a scavenger hunt across Roswell to uncover more about Rosa's final days.

Act 1: Liz goes to Max's place to conduct some tests. Liz questions Max while monitoring his electromagnetic output, and she provokes him enough that he blows up the monitor and hurts her arm. Isobel walks in and sees them. After Liz leaves, Isobel and Max argue. While Kyle Valenti is out for a run, Master Sergeant Jesse Manes meets him and pushes him to assist with Project Shepherd, asking for Kyle's father's research material. At Liz's home, Kyle wraps up Liz's injured arm, and Kyle thinks they should turn Max in because he's dangerous. Liz decides to look into Rosa's life and find her secret hiding places to see if she can find more clues before destroying Max's life. At Sanders' Auto, Alex Manes has stayed the night with Michael in his Airstream. Isobel drives up, and Alex is worried that they'll be found out, so Michael goes outside alone to meet her. She tells him about Liz doing experiments on Max, and she has a plan to get Liz away from Max.

Act 2: At the Wild Pony, Liz arrives to see Maria and asks about Rosa's secrets. Rosa had hid a mixtape at the Wild Pony with titles that were clues to her secret hiding places, so Liz and Maria set out to look into them. Under a bridge, they find a hidden box of Rosa's things with a note from "Ophiuchus," and they think Rosa might have been seeing someone. For the next clue, they decide to check the drive-in. At the Sheriff's Department, Jenna Cameron gives Max a first edition book, and he asks her to go to the drive-in as a date. In Sheriff Valenti's office, Kyle asks his mother about his father and steals a key from her. At the drive-in, Michael fixes the projector and talks to Isobel about her plan to send Liz out of town. Noah arrives and asks Isobel to be present with him tonight since she's been distant. Alex arrives with beer and asks Michael to watch the movie with him. At the Sheriff's Department, Kyle makes copies of his father's papers and Max catches him leaving.

Act 3: Max questions Kyle about what he was doing in the file room, and Kyle provokes him to blow out a light. Jenna arrives and Max leaves with her for their date. At the drive-in, Jesse Manes sees Alex and Michael together and gives Alex grief about it. Meanwhile, Liz and Maria are at the drive-in and Liz admits they're there to spy on Max and his date. While Maria goes to get some drive-in food, Isobel uses her powers to go into Liz's mind, but she sees an image of Rosa.

Act 4: Isobel keeps seeing Rosa, and she can't get Liz to leave town. Isobel is sick from overexerting her powers and she tells Michael that Liz's feelings about Max are too strong. Max arrives and talks with Isobel. Meanwhile, Alex sees Michael illicitly selling something from the back of his truck. Maria and Liz leave the drive-in to look into another possible location on the roof of the Crashdown. They talk about their exes and find Rosa's hiding spot with a love letter.

Act 5: At the drive-in, Max and Jenna are together in the back of his truck when Liz interrupts them to question Max. Meanwhile, Kyle is trying to call Liz when his mother confronts him about him stealing her keys. They talk, and Kyle learns that Jesse Manes and his father were not friends. The love letter is from Max, but it wasn't for Rosa, it was for Liz. Liz finally says that she knows he lied about when he last saw Rosa, and that Rosa was murdered by an alien, and she asks Max if he killed her.

Act 6: After the movie, Alex confronts Michael about his side hussle, and Alex ends it. Meanwhile, Max admits that he did see Rosa that night, but he insists he didn't kill Rosa. He tells Liz that he loves her. Isobel gets home and Noah has prepared a private evening for them, and she tells him what's going on with Max. At the Wild Pony, Liz tells Maria about what Max told her about the letter and that he said he loves her. At Project Shepherd, Kyle confronts Manes about the lies he told about his father, but he gives him copies of his father's letters so they're even. At home, Max is stressed and tries calling Isobel and Michael. He goes outside and releases a massive electromagnetic burst that causes a blackout in the entire town.

Liz: "You don't have to be scared of me."
Max: "I'm not."
Liz: "Your heart's racing."
Max: "It's not racing 'cause I'm scared of you."
—
Isobel: "I just came from Max's. He's letting Liz experiment on him."
Michael: "Please say sexually."
—
Isobel: "I don't think you appreciate just how miserable it is for me to have to gaze into the deep dark abyss that is the human psyche."
— 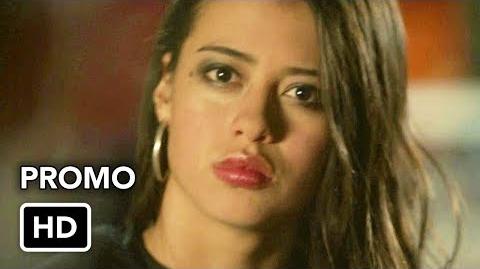 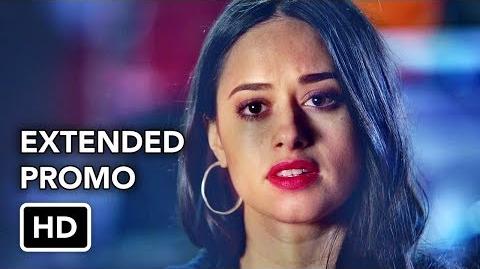 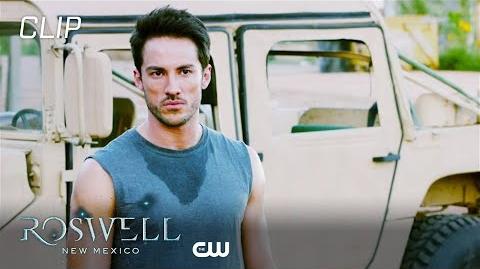