"We haven't given up on you, Isobel. We never will."
―Max

Songs About Texas is the ninth episode of The CW science fiction series Roswell, New Mexico. It first aired on March 19, 2019.

Max and Michael travel to Texas to visit a faith healer, who may be able to shed some light on the alien symbol Max has been researching. Meanwhile, Maria and Liz pay a visit to the same faith healer in hopes of finding a cure for Maria's ailing mother. Elsewhere, Alex and Kyle look into what Sergeant Manes may be hiding.

Opening: Six weeks have passed since Isobel went into the pod. Max reads to her in the mine. Liz and Michael work together on a cure in Liz's lab.

Act 1: At the Sheriff's Department, Noah Bracken tries to get Sheriff Valenti to take seriously his concerns that Isobel is missing and he considers Max a suspect, which Jenna Cameron overhears. At the Wild Pony, Alex asks Maria about her mother. Michael arrives, and Alex leaves after confirming to Michael that it's over between them. Max asks Michael to drive him to visit a faith healer in Texas. In Liz's lab, Kyle is optimistic about Liz's progress with the antidote. Maria arrives and asks Liz to drive her to visit a faith healer to possibly help her mom. In Texas, Michael and Max arrive and see Maria and Liz drive up. In Roswell, Jenna pulls over Alex Manes and says she needs his help.

Act 2: In Texas, Michael, Max, Liz, and Maria meet up and see the faith healer Arizona. In the Project Shepherd headquarters, Jenna shows Alex the police reports she's found on murder victims with handprints. The autopsies don't mention the handprints and are signed off by Dr. Jane Holden, so Jenna suspects a cover up. In Texas, the group realizes that Arizona is a fraud. Maria walks off to find a bar. Max questions Arizona about the sigil on her flyer, but she doesn't know about it.

Act 3: In Texas, the group goes to The Mineshaft Tavern for drinks. Maria lightens the mood by singing. At Project Shepherd, Kyle joins Jenna and Alex, and Jenna tells them that Max Evans might be a suspect in a missing persons case for his sister. Kyle and Alex tell her that this isn't just a serial killer case, it's an alien serial killer.

Act 4: In Texas, Maria goes outside for air and Michael goes with her. Max and Liz get separate motel rooms at the Silver Saddle Motel, but neither can sleep so they talk outside. At Project Shepherd, Jenna processes the reality of aliens, and none of them think Max is a murderer. Kyle gets a text from his admin buddy at the hospital who confirms that Dr. Holden doesn't exist, confirming that Holden is a farce used by Project Shepherd to cover up alien-related deaths. Alex brings Project Shepherd back online to investigate the murders. Later, Kyle suggests that Alex just talk to Michael. In Texas, Michael and Maria are wandering around lost in the desert when Michael kisses her.

Act 5: The next day in Texas, Max goes back to the faith healer Arizona to ask about the sigil, and Chiana tells him about a woman who used to live on the reservation who died 20 or 21 years earlier. Maria and Michael wake up in the desert. Max and Liz return to Roswell to see Isobel in the mines, and they kiss outside.

Act 6: Noah has discreetly followed Max and Liz to the mines and finds Isobel in the pod. In Liz's lab, Kyle confirms that the antidote seems to be ready, and he tells Liz about the other murders. From his car, Noah calls the Sheriff's department and tells Jenna that Isobel is okay after all. In the Sheriff's department, Jenna hangs up the phone as Kyle arrives with his father's autopsy, which was also signed off by Dr. Jane Holden, meaning his father didn't die of a brain tumor and Master Sergeant Jesse Manes covered it up. At Sanders' Auto, Alex arrives and tells Michael that he wants to talk and really get to know him. In the mine, Max is reading to Isobel when Liz arrives with the antidote. She tells Max about the other murders and she thinks there's a fourth alien in Roswell.

Michael: "Is this really how it ends? Sex was epic. So shouldn't the breakup involve some pyrotechnics? Scream? Break some stuff? Really make it feel over."
Alex: "Sometimes the world ends with a whimper, Guerin."
—
Kyle: "Wow, having Guerin around as your lab rat yielded some real progress. Hey, where are the actual lab rats?"
Liz: "In the freezer. Dr. Avila and I sacrificed them yesterday."
Kyle: "Your casual blurring of the lines between science experiment and satanic rituals concerns me, Liz."
—
Michael: "A faith healer? Max, Isobel's organs are failing. Thoughts and prayers won't save her liver."
—
Michael: "I say we ambush her in her private little teepee thing. We'll corner her till she coughs up the truth."
Max: "Dude, no. We can't go at her guns blazing."
Michael: "You literally hate everything that I love."
—
Chiana: "You'll forgive us for a little skepticism when a loud white cop shows up demanding information about family secrets."
—
Michael: "Relax, DeLuca. I hate secrets, but sex secrets are the exception."
—
Kyle: "Is everyone in this town in love with Max Evans?"
Alex: "Angsty nerd isn't really my type, even if he is tall."
Kyle: "Is your type angry cowboy?"
—
Liz: "Maria Deluca's her own savior."
— 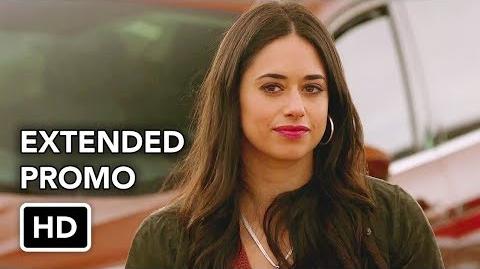 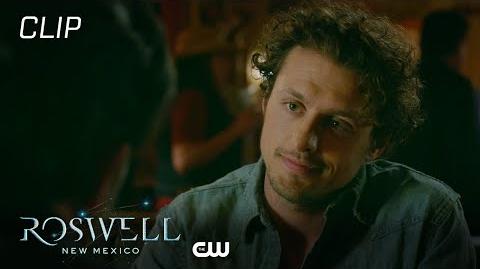 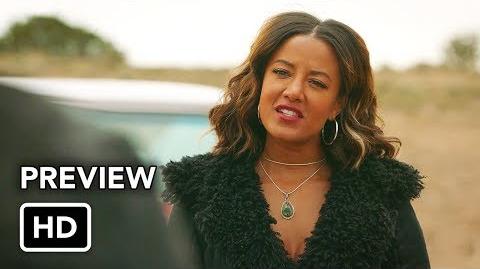