Smells Like Teen Spirit is the sixth episode of the re-imagined series Roswell, New Mexico on The CW. It first aired on February 26, 2019.

FLASHBACKS TO 2008 — In a series of flashbacks to 2008, secrets are uncovered about Rosa's final day, Isobel's mysterious blackouts, and Alex and Michael's relationship in high school.

Opening: In 2004, Max, Michael, and Isobel go camping on their birthday. Isobel is attacked, Max kills the attacker, and Michael buries the body.

Act 1: At Max's place, he tells Liz that Isobel started having blackouts after the attack.

In a flashback to April 2008 at Sanders' Auto, Max and Michael talk about their plans after high school, but Isobel walks off. A series of scenes at New Roswell High School show their lives in high school: Alex and Liz and Max being friends, Kyle and Liz being together, and Max wondering about Isobel acting strangely. Kate Long and Jasmine Frederick push Rosa to deal to them for prom. At the Crashdown Cafe/2019, Rosa and her father get into a fight and Rosa goes up to the roof to find Isobel up there. They sit together under the sign and Isobel shows Rosa her favorite constellation: Ophiuchus.

Act 2: In May 2008, Alex confronts Michael about taking his guitar. He sees that Michael's living out of his truck, so he tells Michael he can go to a tool shed out by his house. At the Crashdown, Isobel has forgotten several things, which concerns Max. Rosa talks to Isobel, but Isobel acts like she doesn't know her. On prom night, Kyle picks up Liz from the Crashdown. At prom, Isobel, Michael, and Max take prom photos, but Isobel walks off upset when Max reminds her that high school is almost over. Later, Alex and Kyle get in a fight over something insulting Kyle said. Liz goes with Alex and tells Kyle to grow up. At the Crashdown, Rosa is packing a backpack when Isobel arrives and apologizes about the other day. Rosa says she might take off to get clean, and Isobel asks her to run away with her instead. After prom, Max finds Liz crying and they talk. Michael arrives and asks Max to look for Isobel with him. The next morning, they find Isobel at Sanders' Auto, but she doesn't remember what happened. They fight and Isobel walks off, saying she can handle her own problems without them.

Act 3: In June 2008, Alex visits Michael in the tool shed and brings him his brother's guitar. Alex leans in to kiss him, but Michael turns away. At the Crashdown, Rosa's car has been vandalized by Kate and Jasmine. Isobel sees her, but Rosa leaves, saying she's too much. Max tells Michael that he thinks Isobel is having blackouts. Rosa and Liz have a fight about the car because Rosa won't loan it to her now. Max offers to take Liz to the desert for their bio project, but Liz says, "Forget the bio project. Let's go on an adventure."

Act 4: Liz and Max are out in the desert. Liz has gotten them a six pack using a fake ID she got from Rosa. She shows him how to dance, and they slow dance to the radio. Liz says she doesn't want to kiss him and leave, but Max says he could change his plans and go with Liz, and they start planning. At the UFO Emporium, Alex is working when Michael asks to talk to him in private. They go in the back and Michael kisses him. They go back to the tool shed and have sex. Afterward, Alex's father Jesse Manes catches them, and in the confrontation, he crushes Michael's hand with a hammer.

Act 5: Max leaves a note on Rosa's car for Liz, but Rosa makes him leave and takes the note. In his truck, Michael drinks acetone to ease the pain of his broken hand. Separately, Max and Michael both get a psychic call from Isobel, and they go out to the turquoise mines. Michael gets there first, and finds Kate and Jasmine already dead. Rosa is alive as Isobel holds her, then Rosa collapses dead. Isobel passes out as Max arrives, and Michael tells him that "Isobel killed them all."

Act 6: Max tries to bring Rosa back to life but he's not strong enough. They decide they'll protect Isobel and cover it up. As they're putting Rosa, Kate, and Jasmine in Rosa's car, Isobel wakes up but doesn't remember what happened. Michael says he accidentally killed the girls with his telekinesis. The three of them stage the car accident.

In the present (2018) at Max's place, Max tells Liz that after that night, he and Michael both stayed in Roswell with Isobel, and that he and Michael stopped being friends. At Sanders' Auto, Michael has also told Isobel the truth. She's concerned that she's dangerous since she's having the blackouts again. At Max's place, Liz leaves, saying she never wants to see him again. 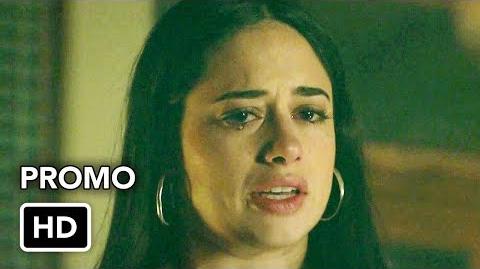 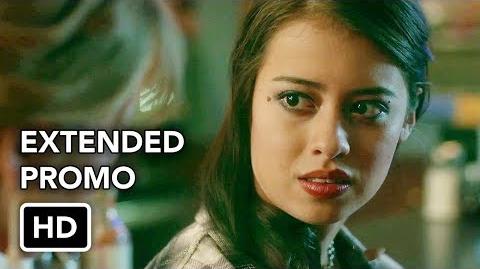 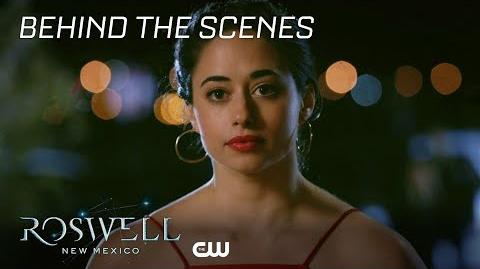 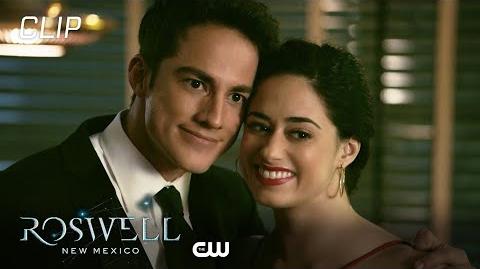