"I really didn't care about the stupid flashes. I just wanted us to be close."
―Maria to Michael

Sexual Healing is the sixteenth episode of Season 1 on WB sci-fi series Roswell.

Not being able to contain their feelings any longer, Liz and Max give in to their attraction and share an intense kiss. Liz, however, experiences visions of Space that neither her nor Max are able to explain. With each new kiss, the visions become stronger and Liz soon feels the visions may contain clues into Max's past. When Liz recognizes a star cluster she saw from a vision, she tells Max she thinks the visions may be from the crash of 1947.

Wanting to find the true origin of the visions, Max and Liz decide to take the sexual relationship further. The clues they receive lead them into the desert just a few miles away from the crash site. The two are just about to consummate their relationship, when Liz hears a constant beeping she recognizes from the visions. Liz and Max dig up an alien orb with a glowing symbol on top. Exhausted by the previous events, Liz and Max fall asleep in the desert only to be awakened by a strange man who unbeknownst to them is Nasedo. Meanwhile, Maria lies to Michael about having visions herself in order to bring the two closer together. Alex also offers himself to Isabel for testing, and the two share their first kiss. 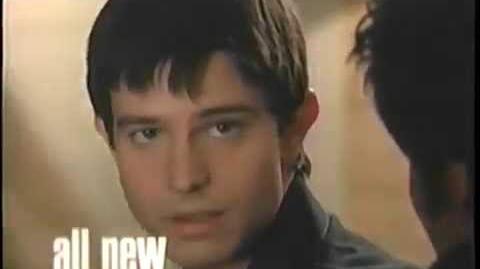 Retrieved from "https://roswell.fandom.com/wiki/Sexual_Healing?oldid=15231"
Community content is available under CC-BY-SA unless otherwise noted.