I Don't Want to Miss a Thing

I Don't Want to Miss a Thing is the tenth episode in the first season of the re-imagined series Roswell, New Mexico on The CW. It first aired on March 26, 2019.

BLACKOUTS — Frustrated by her inability to remember what happened the night Rosa died, Isobel turns to Liz for help regaining her memories. Meanwhile, Max and Cameron investigate a series of strange deaths in the town, while Sheriff Valenti reveals information to Kyle about his father.

Act 1: In the turquoise mines, Max helps Isobel out of the pod and Liz administers the antidote. Max and Jenna team up to investigate the alien serial killer, and they go to the Wild Pony and ask Maria about the stamp found on several of the victims. At Sanders' Auto, Michael tells Alex the truth about aliens and his past, and Alex tells Michael about the "massive government conspiracy." Michael shows Alex his secret alien bunker. At the sheriff's department, Kyle talks to his mother Sheriff Valenti about his dad. At Isobel's place, Isobel sees Noah, and he pulls a gun.

Act 2: Isobel has told Noah the truth, and they reaffirm that they love each other. At the sheriff's department, Kyle tells his mother that Rosa was Jim's daughter, and Sheriff Valenti gives him his father's letters. At Sanders' Auto, Michael shows Alex the alien console he's reconstructing and his plans to leave earth. Alex abruptly leaves, saying he needs time to process. At the Wild Pony, Max and Jenna question Hank Gibbons about a murder victim named Carla who was killed on Cinco de Mayo. At their home, Isobel and Noah are preparing for a picnic when Isobel suddenly remembers the first time she met Rosa.

Act 3: At Roswell Community Medical, a protest is going on outside when Isobel and Noah arrive to visit Liz. At the Wild Pony, Alex comes in for a drink, and Maria learns that Alex has a history with Michael. At the hospital, Liz thinks her antidote is regenerating Isobel's damaged brain cells which is why she's getting her memories back. Isobel convinces Liz to give her some more of the antidote when an active shooter alarm goes off in the hospital and Noah is shot in the arm.

Act 4: At Project Shepherd, Kyle is reviewing his dad's letters when Alex joins him, and Alex begins deciphering the code. At the hospital, Sheriff Valenti is assisting with the evacuation when Max and Jenna arrive. Max runs inside and helps get Liz, Isobel, and Noah outside, then he runs back in. The shooter destroys Liz's lab and sets it on fire.

Act 6: Max and Jenna talk about the shooter blacking out. Jenna knows the shooter as her barista at Bean Me Up and that this isn't like him. In Michael's trailer, Isobel tells Michael about remembering Rosa, and he gives her some of Liz's antidote that he swiped. At the sheriff's department, Kyle asks his mother about "Caulfield" from his dad's letters, and she tells him it was a prison 100 miles north, but it's been shut down for decades. At the Wild Pony, Michael brings Maria her necklace, and she tells him that she wouldn't have slept with him if she knew about his history with Alex, and it can't happen again. At the hospital, Liz finds her lab destroyed. Max meets her there, and they realize that the fourth alien might be able to get into peoples' minds when they black out, and maybe Isobel is innocent after all. At her home, Isobel finally remembers what happened the night Rosa died.

Isobel:"(teasing Max) Thank you, Liz. For everything. For your gentle caress, for drowning me in the sweet chocolate depth of your eyes, for your lingering scent of desert rose."
—
Jenna:"Can we go chase bad guys now?"
—
Michael:"You okay? I can erase your mind if you regret what you know now."
Alex:"What? You can do that?"
Michael:"No, but that would be pretty cool."
—
Alex:"Why are you showing me this, Guerin? I just told you that my family's been targeting yours for generations."
Michael:"I've been sick of secrets for a long time now. And if anyone's gonna destroy me, might as well be you."
—
Noah:"I can't believe I've literally been probed by an alien."
—
Isobel:"Okay? That's... You don't have anything else to say?"
Michael:"Um... welcome to the party? It's a real bisexual alien blast around here."
—

Alex and Kyle
Add a photo to this gallery 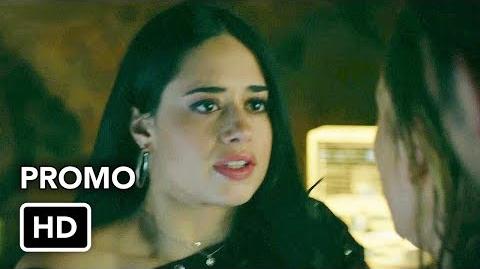 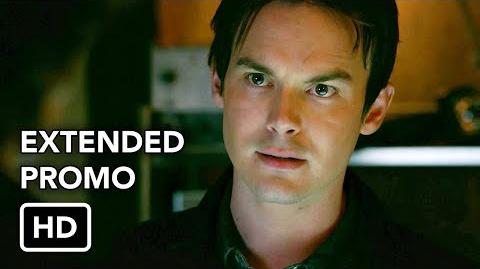 Roswell, New Mexico - Inside- I Don't Want To Miss A Thing
Add a photo to this gallery

Retrieved from "https://roswell.fandom.com/wiki/I_Don%27t_Want_to_Miss_a_Thing?oldid=17094"
Community content is available under CC-BY-SA unless otherwise noted.