Proprietor of the UFO Emporium

Graham Green is a character in The CW 2019 television series Roswell, New Mexico. He is the proprietor of an alien-themed museum the Grant Green's UFO Emporium which was renamed in honor of his late twin brother Grant Green. He is portrayed by Peter Diseth.

Graham Green has brown hair and fair skin, and he is identical to his twin brother Grant. Unlike Grant, Graham covers his receding hairline with a toupee.

Following the death of Grant Green, Graham takes over the UFO Emporium. Graham says a few words at the re-opening gala. Liz and Jenna both comment about how weird it is that Graham looks exactly like his late brother.[1]

After Mimi DeLuca goes missing, Graham informs Maria that he thinks her mother has been abducted by aliens.[2]

Graham later opens a new alien-themed ice cream shop across the street from the Crashdown Cafe. He comes into the Crashdown with a bullhorn, advertising his business, until Liz kicks him out although Isobel subtly uses her power to make him embarrass himself.[3]

2.04 Graham and the Grahamettes (behind the scenes)[4] 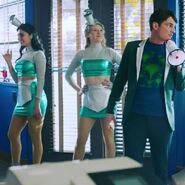 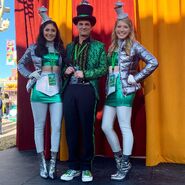 2.12 Graham and the Grahamettes at Crash Con (behind the scenes)[5] 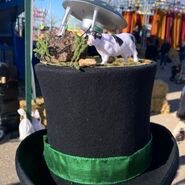 2.12 Graham's hat
Add a photo to this gallery

Retrieved from "https://roswell.fandom.com/wiki/Graham_Green?oldid=17585"
Community content is available under CC-BY-SA unless otherwise noted.