"What do you do when the evil you fear is inside your own mind? When there may be no way to kill it without killing yourself?"
―Isobel in the opening narration

Barely Breathing is the eighth episode of The CW science fiction series Roswell, New Mexico. It first aired on March 12, 2019.

SAVING ISOBEL — With Isobel's life hanging in the balance, Liz and Michael frantically search for a way to help her. Max turns to his mom Ann about the origins of the alien symbol. Finally, Alex turns the tables on Sergeant Manes.

Act 1: Jesse Manes has set up surveillance on Max, Isobel, and Michael for Project Shepherd. As Jesse leaves, his son Alex confronts him and knocks him out. Max's mother Ann Evans visits him at his home, and he tells her that Isobel's had a psychotic break. He asks her about the alien symbol, and she recalls that Michael had drawn it all over the walls in the group home. Noah and Isobel are struggling with Isobel's confinement at Roswell Community Medical. In Liz's lab, Kyle talks to Liz about Isobel, because Isobel has no symptoms so he needs to know what's going on to continue holding her, so Liz tells him about her killing Rosa. She gives Kyle the serum she developed, but warned him about using it. Kyle checks on Isobel and injects the full amount into her heart.

Act 2: Maria takes a broken sign to Michael to fix. Max visits Michael to tell him about the symbol Wyatt Long drew. Max suddenly feels cold and he realizes something's wrong with Isobel, so they rush back to the hospital. Liz realizes that Isobel "influenced" Kyle to inject her with the powers. Jesse wakes up, tied to a chair, as Alex works on hacking the Project Shepherd computers. Isobel is unable to use her powers, and Michael confronts Liz about the creation of the serum and that this could also hurt Max. Noah visits Isobel again and things are looking up. In her lab, Liz realizes that Isobel's cells are quickly degenerating. Isobel begins coughing up blood, and Noah calls for help.

Act 3: Max tries using his powers to heal Isobel, but when it doesn't work, he asks Liz to create an antidote. Alex tells his father about what led him to learn about Project Shepherd. He succeeds in accessing the database and finds his father has labeled Michael a terrorist. Liz and Michael begin working together to help Isobel, and he tells her that Isobel influenced Liz to leave town ten years earlier.

Act 4: Liz and Michael's search to help Isobel points to using the alien pods, which can keep Isobel in stasis while they work on finding a cure. Ann comes to the hospital but Max says Isobel is with Noah so she can't see her, and Ann is upset that Isobel and Max never seemed to need her as a mother. In Isobel's room, Noah asks Kyle about Isobel but Kyle doesn't give him any answers. Alex questions Jesse about Michael, and Jesse thinks Michael's trying to use Alex to "infiltrate." In the turquoise mines, Michael leaves Liz with the pods while he leaves to get Isobel from the hospital.

Act 5: At the hospital, Max is upset at Isobel for doing this to herself because he thinks he's going to lose her. Michael arrives and tells them about the plan. At Project Shepherd, Alex tells Jesse that Jesse will be leaving to Niger and he's never coming back, threatening to inform the pentagon for violating directly orders which will result in a dishonorable discharge. In the turquoise mines, Max and Michael arrive with Isobel, and Liz helps cover her in silver and get her into one of the pods.

Act 6: Liz and Max talk before leaving the cave, and she says she's glad that Isobel made her leave ten years earlier. On the side of a road, Jesse Manes meets up with Jenna Cameron, telling her to be his eyes and ears while he's gone, and that he needs her to watch his son as well. He reminds her that he can move her sister back into maximum security prison at any time. At the Wild Pony, Michael brings the fixed sign back to Maria. She says that when her mother sees it she knows she's home, "Like a beacon," Michael says, and he looks at the drawing of the alien symbol in realization. Max arrives home to find his mother visiting, and he cries on her shoulder.

Isobel notes in this episode that she "killed Rosa with powers [she] didn't even know" she has.

"Safety is so easy to take for granted. Especially when you grow up loved... cherished... protected. Safety is a feeling you only value once it's been stripped from you. When someone you trust spills your secrets. When someone invades your home. Or when you're a little girl staring at the stars in the desert one night, and the Devil tries to drag you into hell. Or, worse... when the thing that makes you unsafe isn't an invader at all. What do you do when the evil you fear is inside your own mind? When there may be no way to kill it without killing yourself."

Alex: "(to his father) I'm just trying to spend a little quality time with my dad. Talk to me about Project Shephard, pops."
—
Jesse: "What's your endgame here?"
Alex: "I want to destroy the thing that you love, and I want to make you watch."
—
Michael: "I'm gonna go back to the hospital. I can't let Max watch her die alone."
Liz: "I can't let him watch her die at all."
—
Max: "Isobel, I am so... I am so mad at you. For doing this to yourself in the first place, and for leaving Michael and I alone on this stupid planet. You know, all day... All day I've been thinking... I wish I loved you less, 'cause this is not something I survive. Okay, if you were trying to-to slip away without taking anyone else with you, you failed. You failed. You failed. 'Cause losing, losing you is gonna kill me."
— 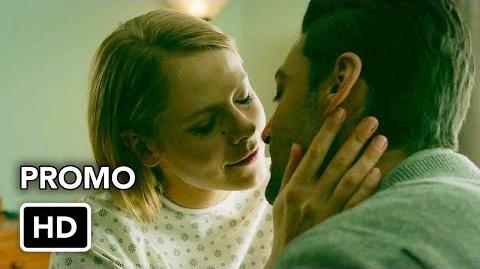 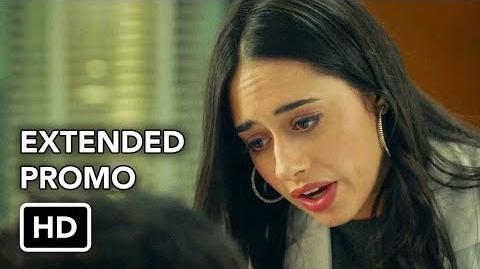 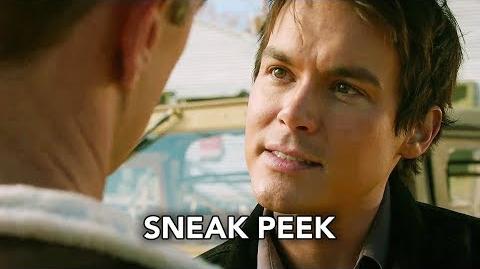 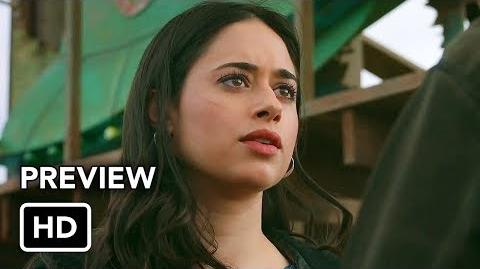 Roswell, New Mexico 1x08 Inside "Barely Breathing"
Add a photo to this gallery

Retrieved from "https://roswell.fandom.com/wiki/Barely_Breathing?oldid=17065"
Community content is available under CC-BY-SA unless otherwise noted.